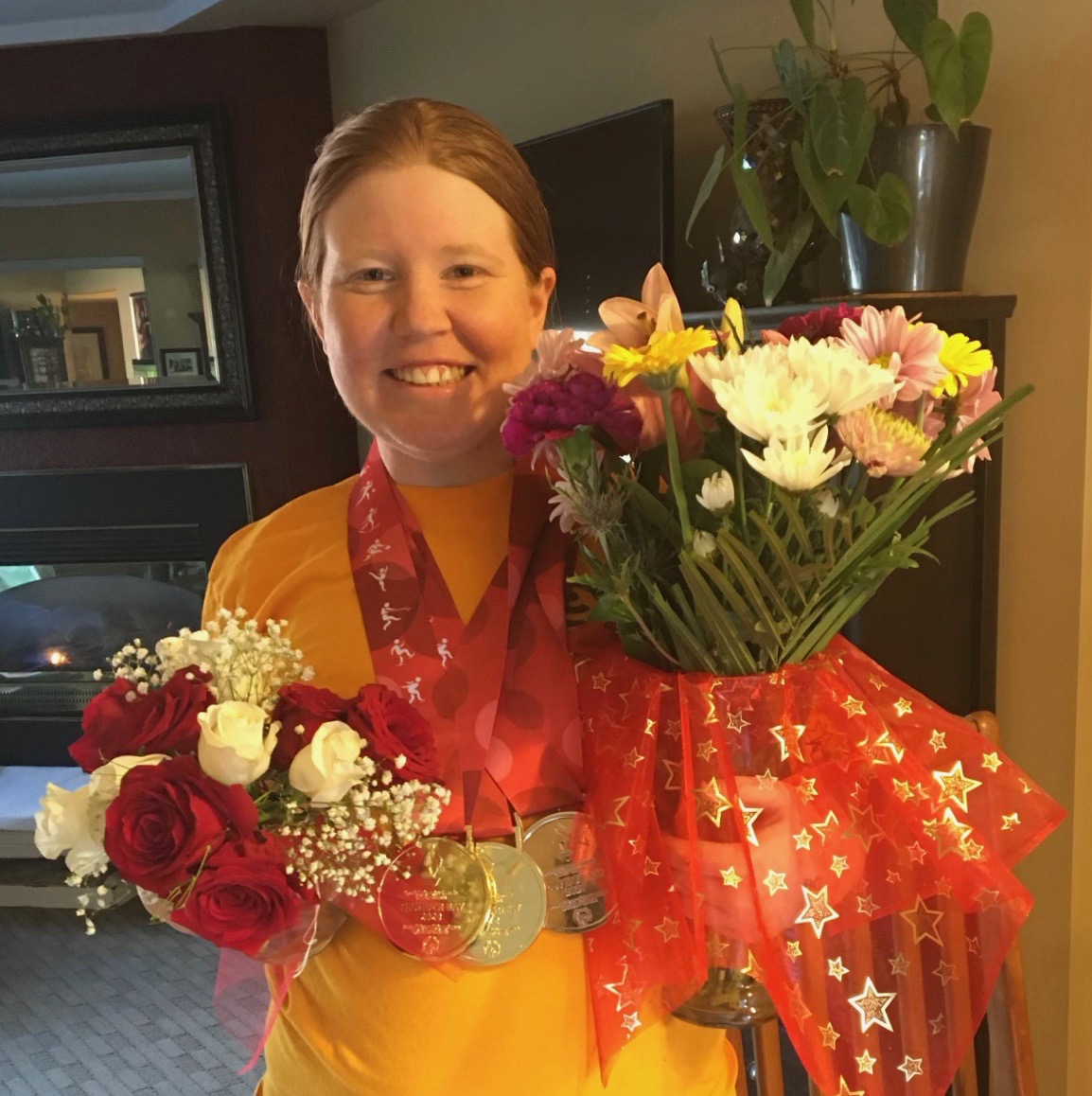 In January, Lindsey will step onto the world stage – dressed in red and white and proudly representing Canada as one of our country’s 107 athletes competing in the 2022 Special Olympics World Winter Games in Kazan, Russia.

The 31-year-old athlete has been perfecting her sport of snowshoeing for more than half her life, and she has an impressive stack of medals to show for it.

“I began showshoeing at 14,” says Lindsey, who was born and raised in Coquitlam. It was a sport she could enjoy with her dad, who is also her coach. Together, the father/daughter duo have travelled to competitions including the 2020 Special Olympics Canada Winter Games in Thunder Bay, Ontario.

Lindsey was among more than 1,000 athletes who qualified for the national games. She competed in three snowshoe events – 100m, 200m and 400m – and earned two golds and a silver medal.

Still, the invitation to join Canada’s team for the 2022 World Olympics in Russia came as a surprise to her. “It felt so good! I still can’t believe it,” Lindsey says.

“I’m training every day, pretty much,” she explains. “I go running with my sister, workout two days a week with a volleyball athlete from SFU, and have a track coach.”

While she is focused on securing a spot on the podium, she is also excited to meet athletes from around the world. Approximately 2,000 athletes from 108 nations will compete in the winter events ranging from snowboarding to figure skating to cross country skiing.

She will head to Russia in January with an entourage of her biggest fans, including her mom and dad, her sister and sister’s fiancé, and her aunt and uncle.

Between now and then, Lindsey’s plate remains full. When she’s not busy training, Lindsey works part time at two jobs. She is supported through Kinsight’s Employment Services, and works at Me-n-Ed’s Pizza and McDonalds.

Kinsight is among Lindsey’s many cheerleaders who are rooting her on and wishing her great success at the Special Olympics World Winter Games in Kazan, 2022!  #TeamLindsey!